The new version 6 is awesome.

One question, is it not possible to add an option (as well as download fonts) for the animation css?

cdn is better for users around the world, its just faster downloaded cause cdn takes the nearest server to the user trying to load the page, while ur files are hosted on one server in x place in the world, but cdn is dynamic and adapts the server to the user, i wouldnt change it tbh, but if you really need the file just download it and replace, eventually in bssdesign import it or sum, but i highly recommending to use cdn for most of ur stuff if u dont need offline support for ur project, but if ure planning to host the website, use cdn only

The CDN concept is more than clear. But if that is the case google fonts would also have the same principle.
I propose this configuration because sometimes we work on local systems without access to the internet and it would be convenient to have that option.
Thanks

It’s a bit strange idea, I’m not interested in running bootstrap studio without internet, but the product generated from it.

It seems that my proposal is not very clear, just as there is the option to use bootstrap without cdn (option Use a CDN for libraries), I think it would be good to use animate without cdn.
Currently we import the css and then modify it in each html. For a 20 html project it’s simple, but we have projects with more than 1000 html, apart from the fact that we made a script, we thought it would be excellent to have that option.

I thought it was a forum to share ideas not to refute them. 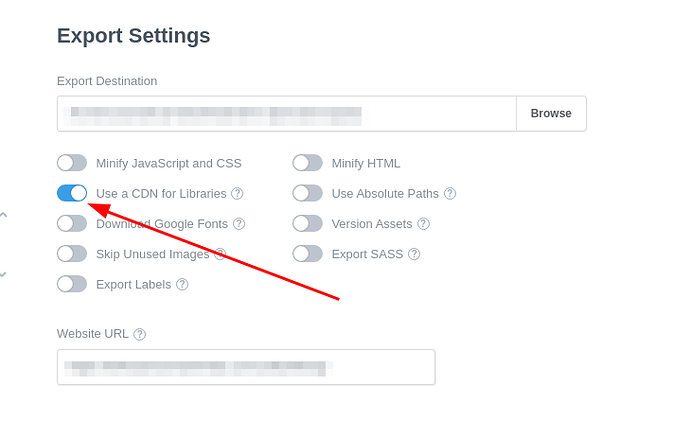