Something very annoying that I noticed, when I paste plain text into headlines H2 elements, they become bold. I can actually see that a … parameter is added around the text, but I couldn’t find a way to remove that.

Workaround: switch element to H1, then paste, then switch back to H2.

Is this a known issue?

I was unable to reproduce this issue using a new blank document.

Are you using a template? It’s possible that the template has CSS which makes the <h2> component have a heavier weight. This would result in any text pasted into a heading set to H2 to automatically become bold.

Have you tried clearing the formatting on the text using the top menu controls? (see button circled in red)

Also try using the key combo Ctrl+Shift+V to paste so it strips any formatting automatically for you. I’ve adopted that as my norm now since so many things have hidden formats.

Thanks @printninja, the “clear formatting” worked!!

FYI @jo-r I have tried the “Pase as plain text” before, that didn’t help. 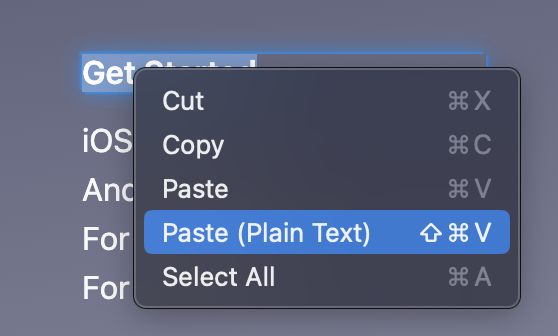 I’ve seen your posts, and i must say I’m impressed the amount of work and testing you do to help out people on here. You deserve more, keep it up though!

Thanks. Bootstrap Studio has been a huge asset to me, so I give back as I can. I’ve also been inspired by many other users here who help out just as much as me (many of them in areas I’m not nearly as well-versed.)

The way I see it, the more we help people, the more popular the program becomes, and the more people will buy it. The more sales there are, the more the developers can keep developing and upgrading the program. Win-Win-Win.