I've noticed that since the update (sorry haven't gotten to post this sooner, have been on vacation) that when I import images they are most definitely not as clear as the originals are. This didn't happen before the update for Bootstrap 4 so something in there changed. So far I've had to replace a lot of images. Thankfully I kept the originals that I had imported in to do so, but that's not an optimal option for longevity at all. Hopefully this will get fixed asap as that's quite a big deal with the number of images imported for a site and really not viable to replace them when you work on a site a lot. Thanks!

Bumping this so it's not lost in the shuffle, this is an issue in both Mac El Capitan and now that I've upgraded to High Sierra it is still an issue there as well. This is very important as the app should not be editing the photos in any way other than just importing them as is. I spend a lot of time editing photos for websites and the last thing I need is to have to replace the manually after export due to the app doing something to them when imported. :/

And meanwhile maybe a modified export script copying your originals after exports ma help at first.

Interesting Idea, now if I had any clue how to use the export scripts that would help lol. I haven't delved into that part yet. Could you provide a possible example I could model it after? I've never even seen what an export script looks like yet so no clue even where to start.

+1 This is a serious issue. BSS should not mess with (resample?) imported images.

This is a strange issue. We don't do any processing to imported images at this time. When you export a design with an image, is it different than the original?

Sorry didn't see this thread answered. Looks to me now that they are only bad in BSS visual, but on export it looks like it's back to exporting the original quality. It definitely didn't before today (after that other update that is) because that's how I noticed it. I had just exported a new site that was the first time exported so I hadn't done anything to preserve the photos and had to upload them all with the full export upload. That's when I noticed that the quality was messed up. Not sure what happened that messed it up in the Preview pane either though and this does pass through to the Browser preview as well so it doesn't look right till it's exported either.

Not as big of a deal now, but it still should render the images in the app the same as what was actually imported, but the export issue seems to have been fixed or fixed itself?

Just thought I'd add on to this as the text is also not stable on the Preview window nor the Browser preview. Here's a screenshot that shows how the text under the images (which the code is identical other than the filtering numbers) for each box, yet some are blurry and some are clear. Strange anomaly here: 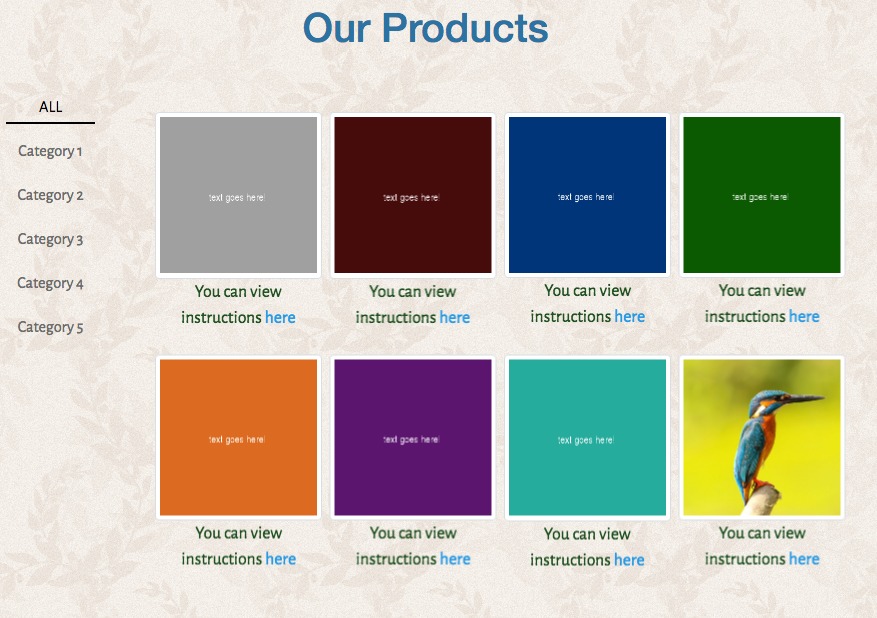 So I just rebooted my computer (started with fresh boot up this morning so I know it's not from days of not rebooting, I don't usually do that). The thing is, now everything is fresh and clean. The program had been open for a few hours by the time I posted this so ... it seems that it's something that happens after it's been running for a while. Could be that the whole thing is due to running for a while since it's not doing it on export only in app/browser. The above screenshot came from my browser (Chrome).

Thought I'd add that in there in case it is something more easily addressed, or in case it's more important to know that.