This showcase item is about a Django + Bootstrap Studio project called Abstract Spacecraft.

Here is the old repository with videos at the bottom (which are further along than the newer rewrite repository): 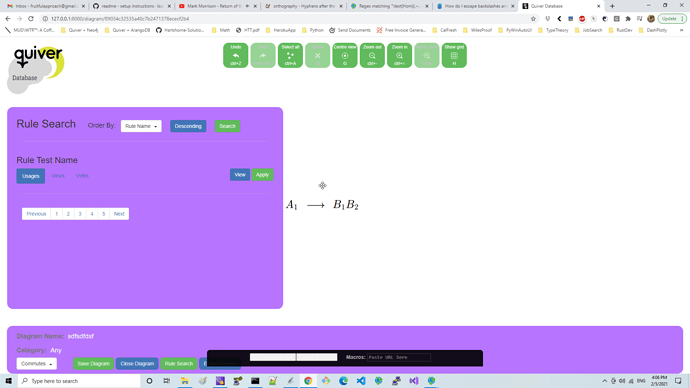 Contribute to enjoysmath/QuiverDatabase development by creating an account on GitHub.

which uses Bootstrap4 / X-editables. On the newly rewritten version of the code, we do UI editing in Bootstrap Studio, and we’re finding it extremely efficient.

I’ve made it private on BitBucket for now, so that we can later decide what to make of it. But also, I don’t want forks until I get some help building out this current repository.

So I’m asking any mathematicians on here, if you know what or have heard of “Commutative Diagrams” in your math studies, then you’re in. Essentially any two paths between fixed vertices $A, B$ are considered equal arrows after composing along the path. But these arrows can be anything, functions, order relations, elements of a group, and so on…

I.e. the solution to the equation in the title of this post is Abstract Spacecraft and here is a current video of it:

So I’m looking for developers who study category theory on paper (usually) and also think that a database of diagrammatic proofs would be cool & useful.

If interested, ping me here, we will exchange info and I will add you with repository permissions.

Here’s a screenshot of the nice GUI I’m getting out of using BSS: 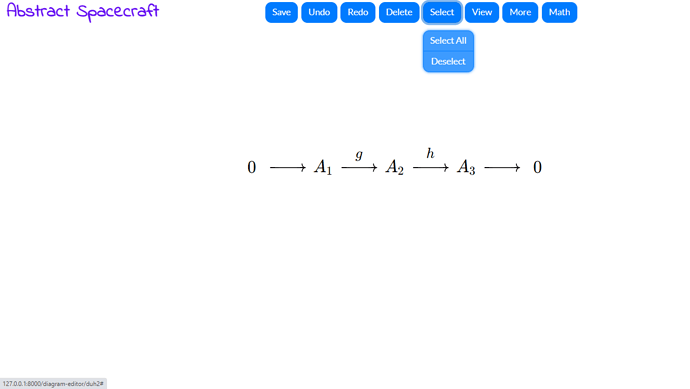