BS is great tool, but it misses some HTML5 elements (with nav being most important for me!). It makes it very difficult to make proper custom navigation.

no, it's not missing the nav element. 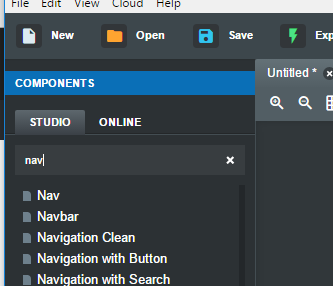 Unfortunately @marrco, that's only the Nav component not the Nav element <nav>. Which is interesting as the Navbar component is made with the Nav element. But because of the locking you can't strip out the contents.

Thanks for starting this thread, guys! Indeed the plain HTML nav element is missing from the app. I am open to suggestions on how we can add it, without people mistaking it for Bootstrap's nav.

Maybe make a separate list in the Components area for Semantic HTML Tags? I would say either before or after the Page list of components? Would be like:

Then include all of them rather than just the Nav of course. :)

You could just rename Nav to Nav Tabs/Pills and then add Nav as it's self.