This page is very much a work in progress, but currently at a stage that I feel comfortable sharing to the community. It’s just the landing page really, the links in the footer work, but they only link to dummy pages with no other content than the menu and the footer.

Still enough work to do before it can go live, but open for feedback and suggestions or errors, should you find any.

I’m very much impressed about the google page speed score, I can achieve with BSS. Given… not many images or other fancy stuff, but that’s how I prefer it anyway.

PS: No, the portrait image isn’t me. I’m not cool enough

I’d love to keep that image though, but I don’t want to fool potential customers.

I’m not that active in this forum anymore, but i just had to give you some feedback on your site.
I don’t understand much of the site contents. But you have made great choices on the fonts, color of the fonts and overall design.

I’m personally not a fan of the animations onLoad, but rather animations when you are using the site like a hover effect, or scroll effect.

Who is that person in the picture anyways? You will want to use stock photos that are available for public use.

Good luck on your journey as a freelancer!

It looks good! Google translate does some strange things when I change the page from German to English, but that’s got nothing to do with your website.

Regarding the picture, I don’t think there’s anything wrong with using an image for impact. It doesn’t matter that it’s not you, because it’s not like you’re trying to mislead anyone. It’s just an image for effect.

(Also, for what it’s worth, it’s a free stock photo from the Pexels stock photos site, so no need to worry about using it. I found the original image link via Bing. Oddly, I can’t seem to find the image by searching on the Pexels site itself.) 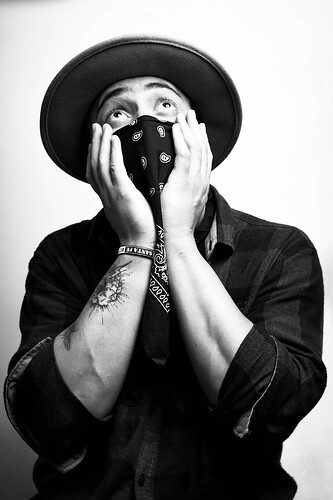 Thanks for the comments. @printninja @kriss0706

Yeah, google translate sometimes provides strange results. I might at some point make it multilingual (as in german & english), but that has the least priority.

The picture … I don’t even remember where I got that from, I used it as a placeholder and it kinda stuck with me. My wife thinks it’d be better to have a picture of me there, so that’s what I’m gonna do eventually.

Now back to the site and back to learning more about structured data and all that stuff, BSS does not provide (yet). Still hoping that at least canonical link will get included.